We helped David Atkins’ creative team to develop a LED video display spanning from the upper edge of Khalifa International Stadium to the edge of the field of play. The result was the first immersive audience video spectacle of its kind. The project was turned around in just six weeks.

To meet the tight deadline for this project, we used a combination of our global network and a temporary local facility. TAIT locations across the globe handled the design and manufacture of parts, while the assembly was carried out by technicians on-site. 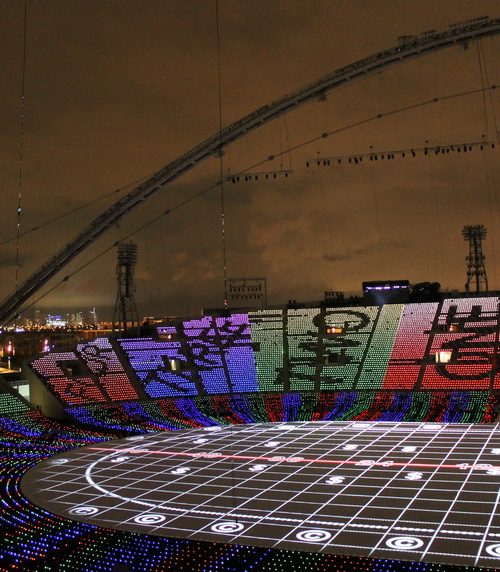 This was the first time pixels were used in a 3D setting on this scale. 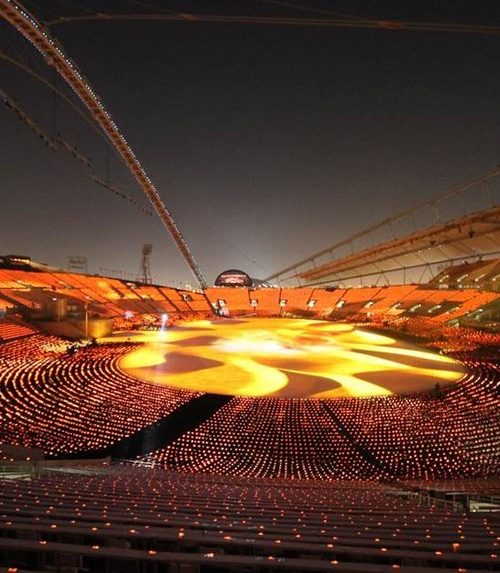 We produced 128 nets (28m x 4m), also housing LED pixels, to cover the running track area and provide continuity of video. This was the first time pixels were used in a 3D setting on this scale. The forerunner to our work on the London 2012 ceremonies, this project illustrates our innovative approach to large scale landscape video technology in live event and architectural environments. 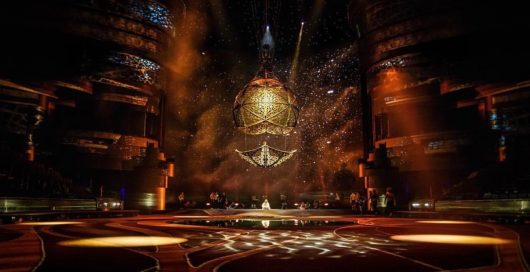 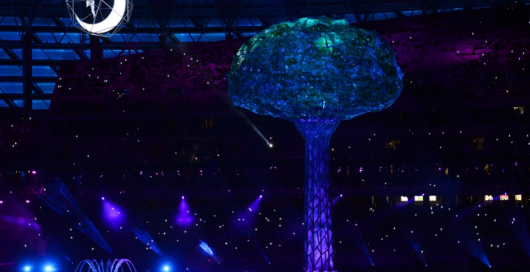 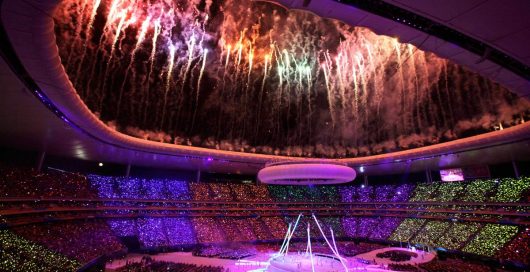