Since opening night, social media has erupted with videos, hashtags and comments with fans describing it as “a dream come true,” “a show you can’t miss,” “genius,” “spectacular,” “the best concert I have ever seen.” Even more so, the fans were impressed with the “dynamic glow” from the kinetic light installation that created a nonstop, contagious spirit throughout the night.

The kinetic display used over 1000 TAIT Nano Winches to deploy the connected LED light fixtures which hung above the crowd and traveled 60 feet perpendicular to the stage. The light fixtures moved 10 feet per second, horizontally, vertically, in and out of unison, into shapes and into the bands logo, while changing colors from all spectrums of the RGB color grid.

The rhythmic lighting and juggernaut movements of the fixtures were accented by the video content being displayed on the massive screen behind the band.

The Peppers’ main focus for The Getaway Tour was to provide the audience with an immersive, three-dimensional concert experience, while feeling every groove and lick of their music. To achieve the goal, the Peppers team, which includes Production Manager, Narci Martinez, Production Designer, Scott Holthaus and Manager Peter Mensch of Q-Prime immediately began designing the show and searching for the latest in technology and art. Mensch ultimately determined, after numerous conversations and viewing TAIT’s latest product, TAIT Nano Winch, that TAIT would be the provider of staging, automation, and, of course, the larger than life kinetic light installation powered by TAIT Nano Winches. 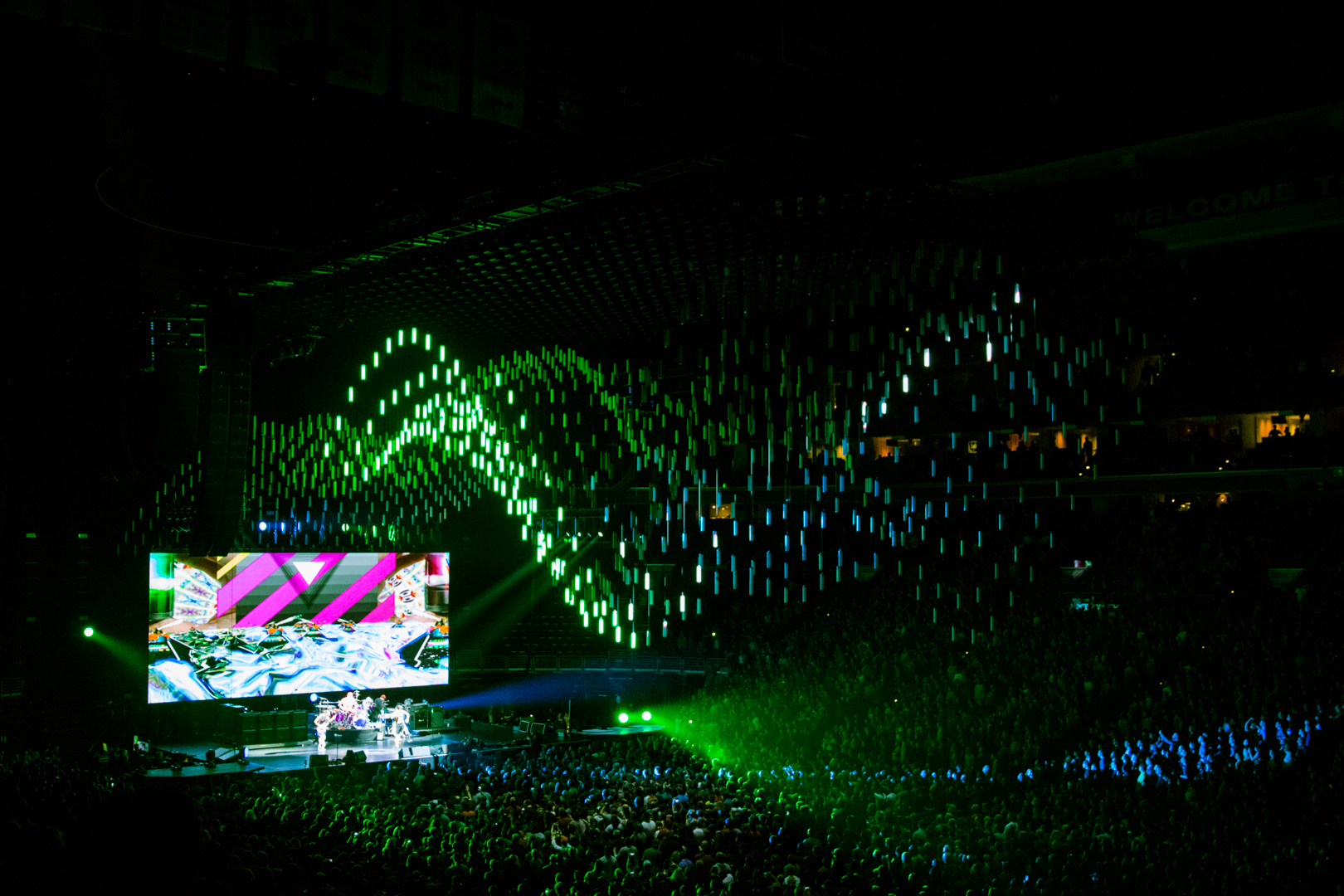 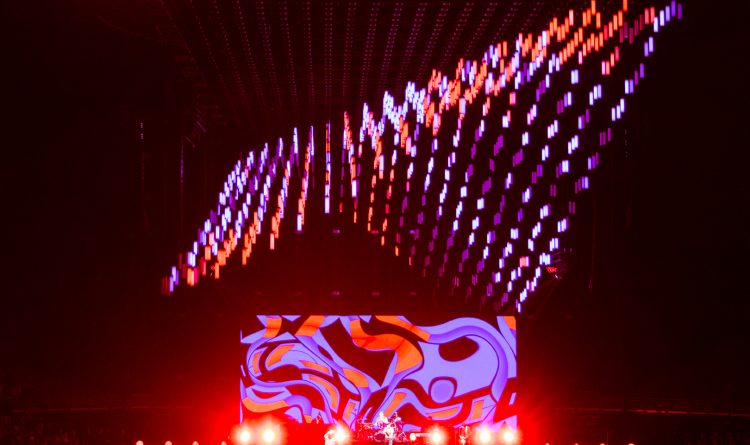 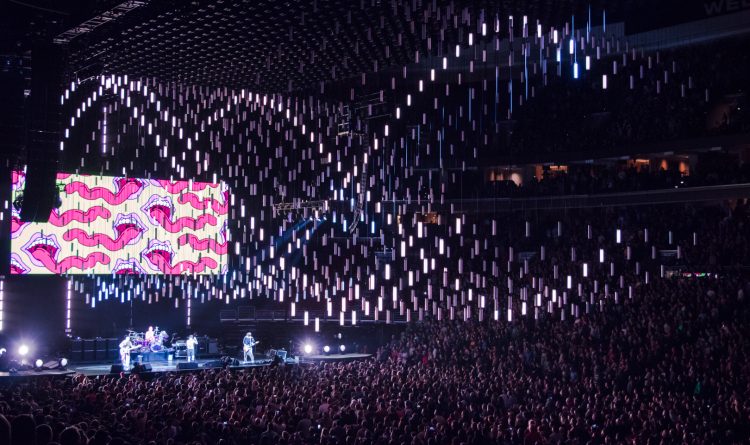 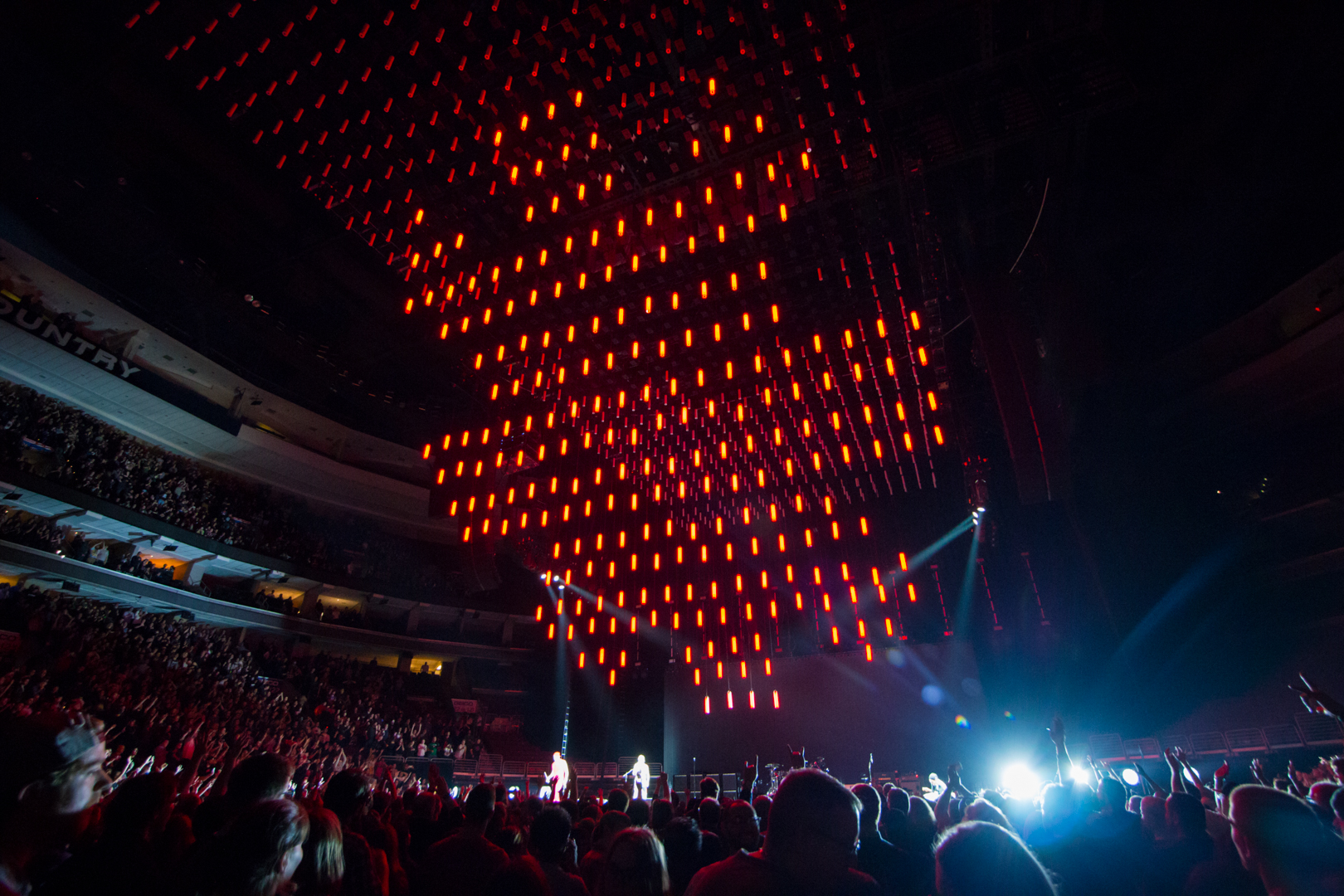 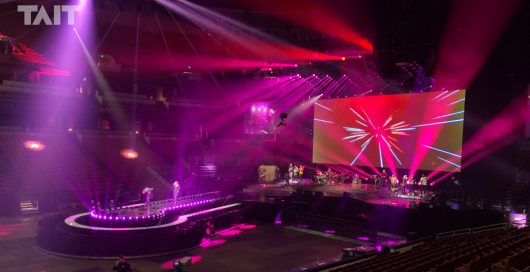