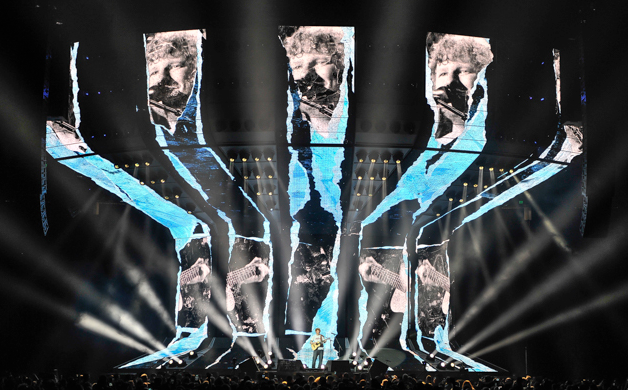 “The arena show concept we came up with is phase one of Ed Sheeran’s design. When we play stadiums in 2018 that will be phase two, so that will be at least a 180° design for the show — for the LED tiles and lighting of the goblet like set which is currently 42’ wide. I worked with production manager Chris Marsh on this along with Jeremy Lloyd of Wonder Works (London based), who did all the technical drawings. Turning our concept into reality was Tait Towers, who fabricated it. Colonel Tom Touring provided the 5mm Roe Carbon tiles which go together with Tait touring standard and custom frames for the curved portions of the set.” – Mark Cunniffe, Production Designer mentioned in an article featured in PLSN. 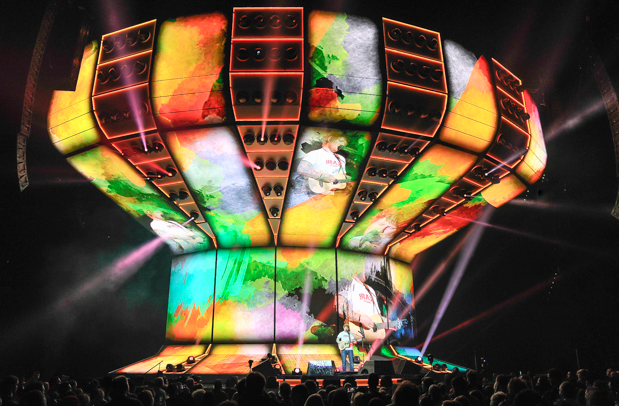 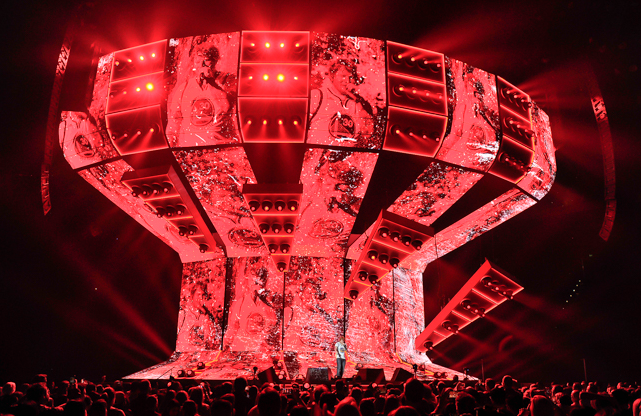 2018 Update: For phase two, the Divide World Tour transfers from an arena to a stadium setting. In order to support the tour outdoors, TAIT modified the LED video goblet to be completely weather proof. To do so, TAIT reinforced the entire structure with aluminum pillars as well as steel ballast tanks which anchor the LED video goblet into the ground. Additionally, TAIT installed clear poly-carbonate shields covering all of the LED video goblet’s automated lights.