Jay-Z celebrated his 13th studio album by launching the 4:44 Tour. The 4:44 tour included a custom-built TAIT stage, a massive hydraulic lift, four double-sided video walls and an automated rigging system. The 55 ft. wide, 360-degree main stage was furnished with a zip lift and a center stage hydraulic lift system that transformed the main stage into an 11 ft. tall, mountain-like stage. TAIT manufactured four video track trusses which moved the double-sided video walls across the arena. Each video wall was equipped with two trollies and two Nav Hoists allowing the video walls to lift up and down, track right and left and tilt. With the exception of the zip lift used during Jay-Z’s entrance, the entire show was operated by TAIT Navigator. 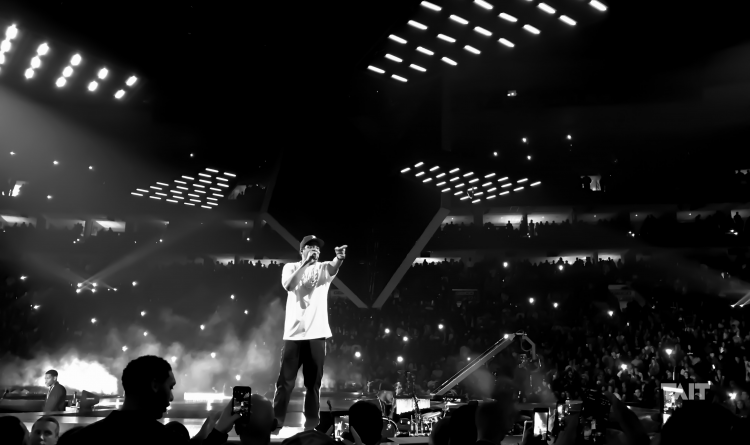 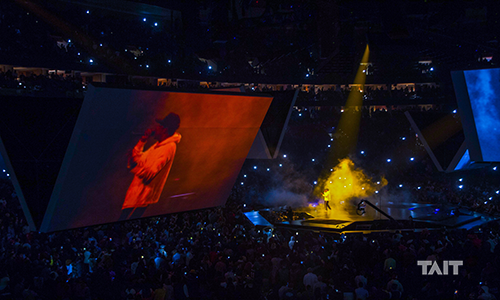 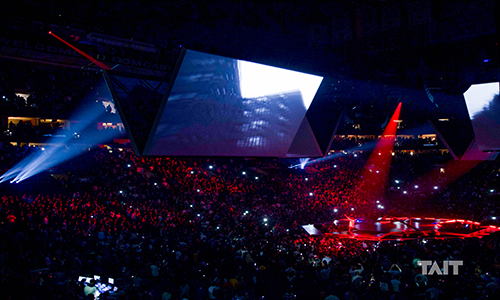 “On their recent tours, his inheritors like Drake and Kanye West have been taking to the skies and reimagining the space of an arena. But floating in the air would somehow be beneath Jay-Z, who built his career on cocky ease. Instead, he worked an octagonal stage that rose and fell throughout the night, sometimes placing him atop a small mountain, and other times rendering him approachable. His band was strewn across three pits that flanked the stage, and four folded screens hovered above him, showing different camera angles from the stage and, during interludes, footage of peers and family members, from Beyoncé and Blue Ivy to Mr. West and Marina Abramovic.” –  Jon Caramanica, The New York Times 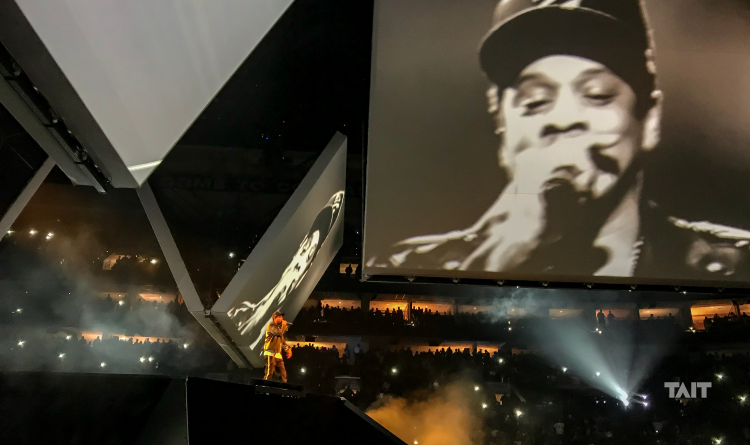