Perry enlisted a team of production experts: Jay Schmit, Production Manager, Es Devlin, Creative Designer, and Baz Halpin, Producer and Show Director. To accomplish the creative vision set forth by the production team, TAIT delivered a full stage production including a custom-built stage, automated rigging, and a performer flying system. All of the elements were operated by TAIT Navigator, the tour’s main entertainment automation platform. 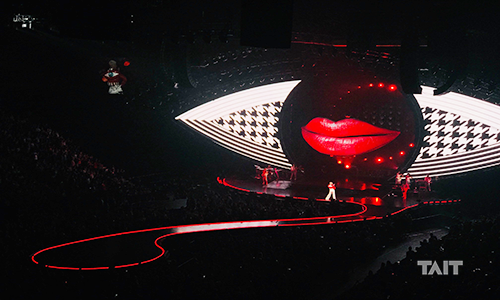 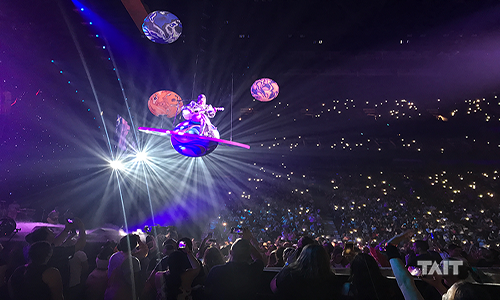 As fans entered the arena, they witnessed a massive main stage backed by an extra-large eye-shaped video wall, a runway stage, and an adjacent stage shaped like a teardrop.

For one of Perry’s galactic scenes, a galaxy of eight planets and stars floated above the audience while Perry jumped aboard a beautiful scenic piece, shaped like the planet Saturn, and floated throughout the arena. For that specific flight, TAIT installed eight Nav Hoists into overhead trusses throughout the arena, which on cue, lowered the scenic planets into Perry’s galaxy. At the end of her flight, Perry landed on the teardrop stage, brought a fan on stage, and made a wish with her special guest on a brightly lit star that lowered to stage level via a TAIT Nano Winch. Once the two made a wish, the star shoots into the air at 4 ft. per second.

All of Perry’s various flights throughout the show used a particularly unique performer flying system which allowed her to create a more interactive atmosphere with her fans. TAIT manufactured a custom video track truss which served as a pathway for a plate trolley which also housed two T-Winches to travel on. The video track truss reached the length of her runway but curved toward stage left allowing her to utilize her C-Stage as an additional drop off point. The trolley itself moved 2 ft. per second but the T-Winches were capable of lifting Perry into the air as fast as 5 ft. per second.

The show ends with a powerful performance of “Firework” where she sits in the palm of a giant inflatable hand that rises 12 feet into the air towards the audience. The hand is supported and lifted by a TAIT performer zip lift. 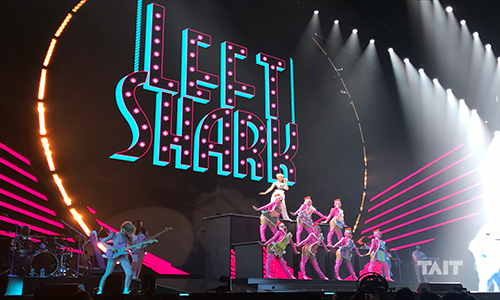 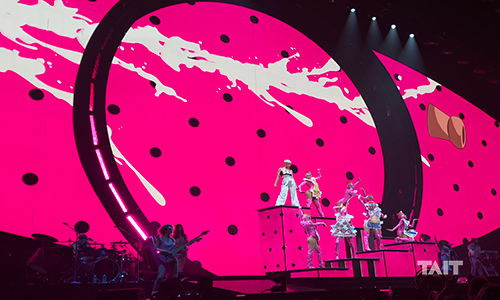 @katyperry: MASSIVE thanks to all the incredibly talented people who have helped me put together #witnessthetour S/O @esdevlin @thesquareddivision @thebazhalpin @allthreeheathers @krispooley @taittowers and more. So much love to my band/dancers/crew & team. Can’t wait to see ALL of your smiles and hear your stories around the world!!!
– Published on Katy Perry’s Official Instagram Page