Moulin Rouge! The Musical at the Piccadilly Theatre in London was our biggest West End Show automation since Charlie and the Chocolate Factory, with TAIT Wakefield taking on control and automation design, installation, and commissioning, alongside custom electronics work and iconic scenic elements for the show. 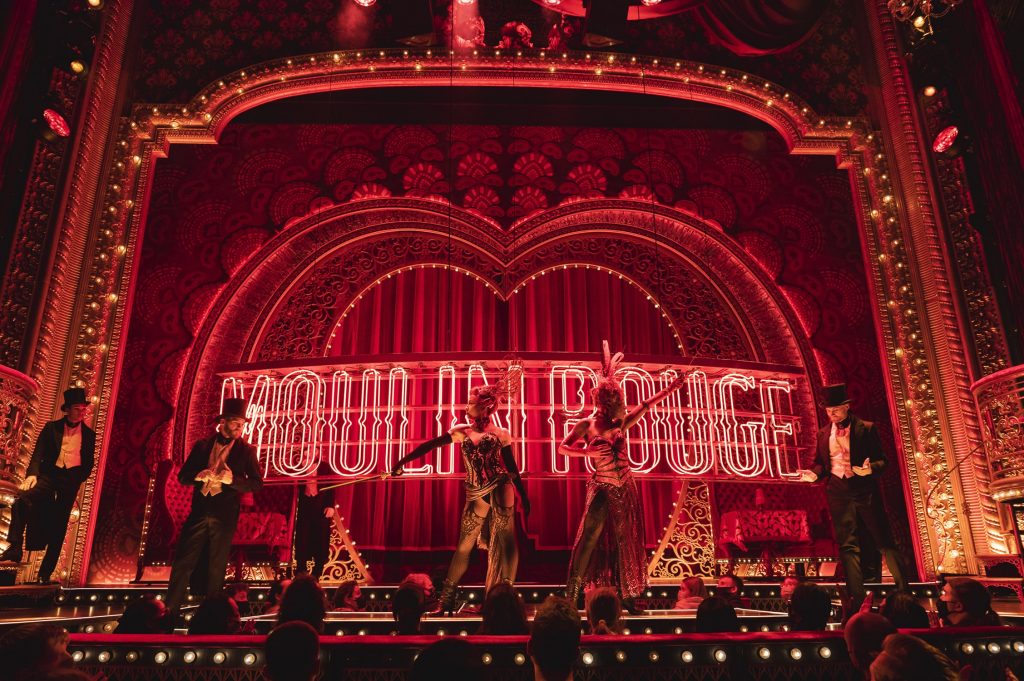 A total of 32 BigTow 2 winches and 29 motors were provided for the floor and overhead scenic, along with 11 AU:Tours and an Acrobat Console, running TAIT eChameleon. This included five BT2-200 winches and six motors for the cross-stage floor tracks, to bring props and scenery on-stage, and another six motors for a belt track. Additionally we provided motors and control for Satine’s Dressing Room – a stage truck permanently attached to two tracks to move it up and down stage. A further motor inside the truck was used to rotate it, and it could be lifted (via another BT2-200 winch) for storage. There were a total of four stage lifts, two large lifts with four motors each with a capacity of 2.7 tons, and two smaller lifts we also provided motors and control for. 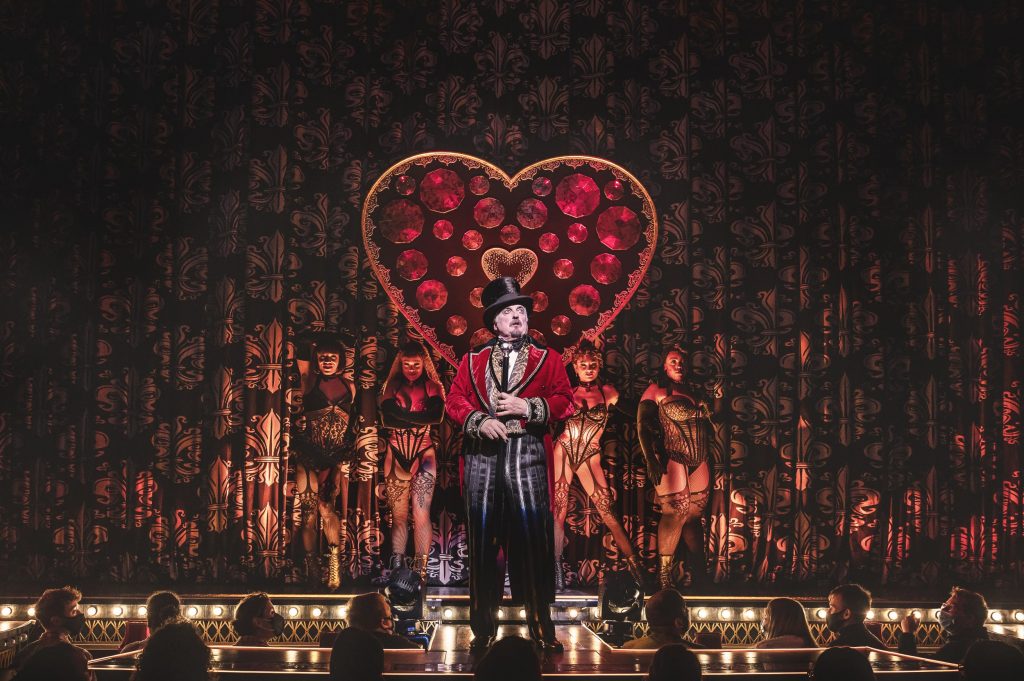 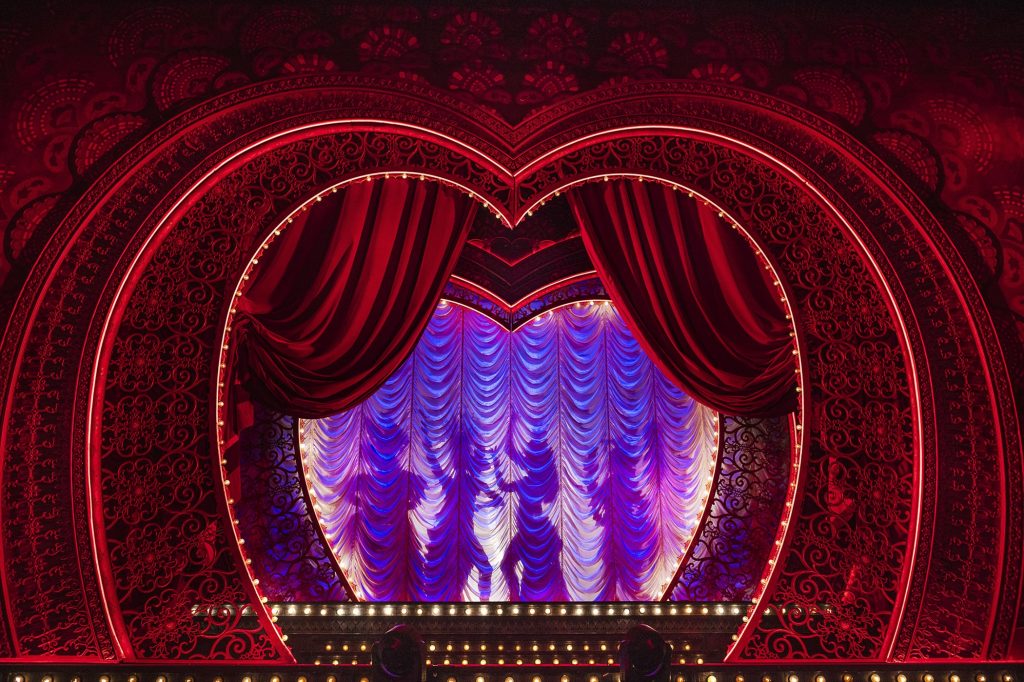 Overhead were six sliders to move flats across the stage during various scenes and a further BT2-200 winch was installed to raise and lower the iconic Moulin Rouge sign as required. The three ‘heart portal flats’ were raised and lowered via three BT2-390 winches, with two of them containing apertures that open and close via two BT2-200 winches positioned in the grid and compensating for the movement of the main piece.

Nine counterweight assist winches were provided for automated flybars with scenic pieces and the show drop, along with a BT2-390 raising and lowering the back wall. Each side of stage, four lighting ladders were suspended on BT2-200 winches – eight in total – and one I/O axis that operates a Kabuki drop.

Alongside the lengthy list of automation equipment we provided, our scenic teams delivered multiple scenic packages, two of which were soft goods with the show drop being one of the most striking elements. The drop was a silk fabric printed with the Fleur De Lys with a scenic heart flown in front of it. We also supplied a flown faux Austrian ruched drape and the steampunk bar. The bar was mounted on wheels to move around the stage and required carpentry, scenic application, and paint. Ornate pipework and gauges completed the look.

The project began before the COVID pandemic and was supported throughout by our UK teams. The show began previews in November 2021.

Alongside creating much of the automation and scenery for the West End show, the traditional end of year Royal Variety Performance – a fundraising event for the Royal Variety Charity in the UK – featured the show, reworked for a different venue.

Our UK crew assisted the Royal Albert Hall’s own crew during installation and our scenic and staging teams produced the soft goods, scenery and staging to ensure the show was every bit as impressive as its West End counterpart.

In addition to red swags and drapes, used to mask the outer edges and top of the heart portal frame, we created another Austrian – a real one this time – since a flown Austrian would be visible above the stage for the opening number.

Finally, we built performer platforms that roll on and off stage with intricate CNC-cut MDF fascias, populated with LED dimmable bulbs and built ornate tri-castor bases to allow the production team to use the banquette seating from the Piccadilly Theatre in a completely different configuration. 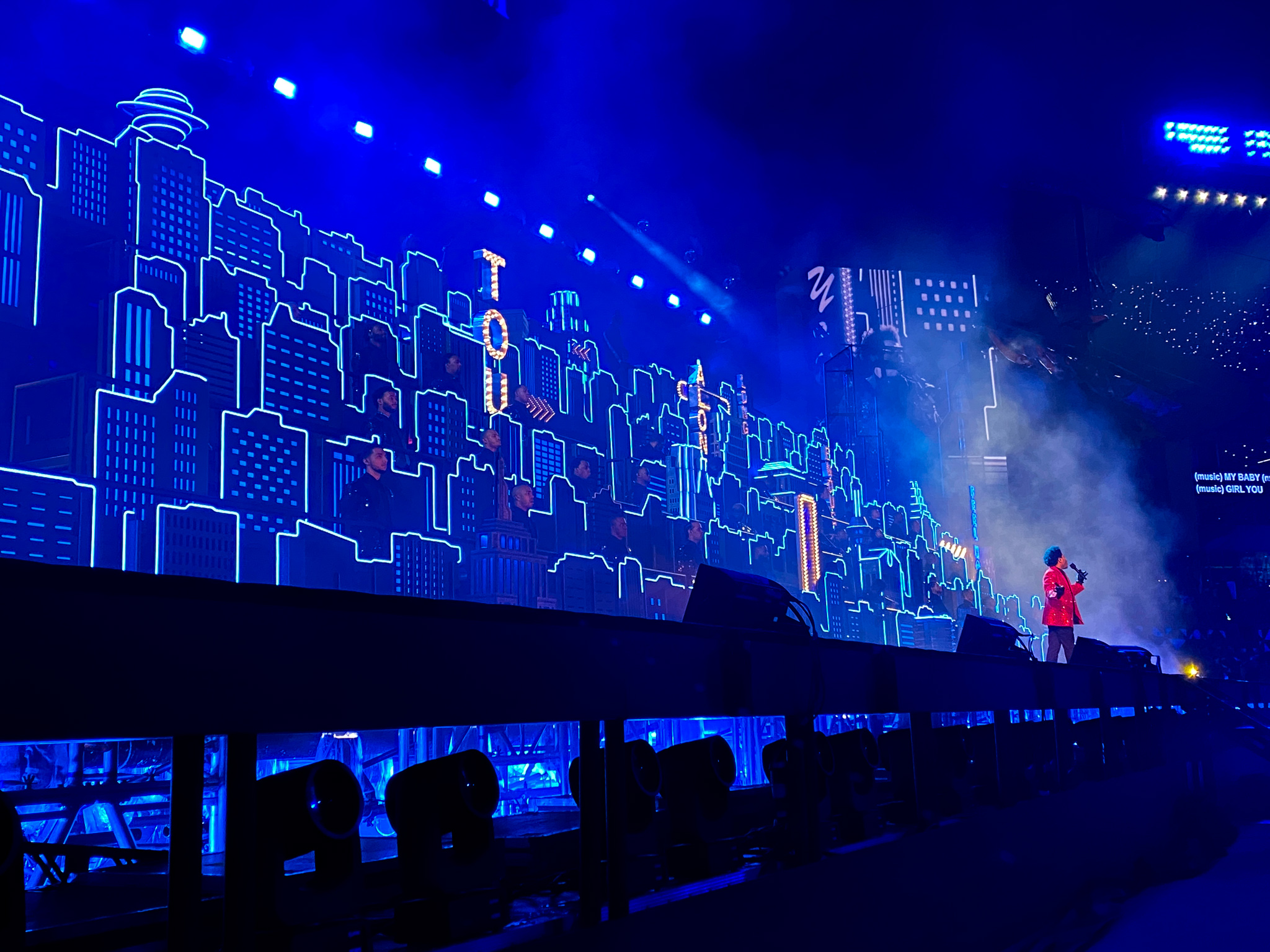 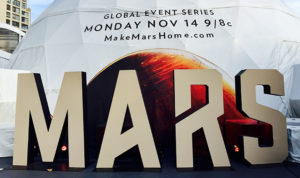 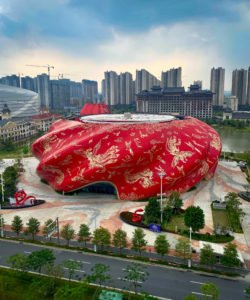 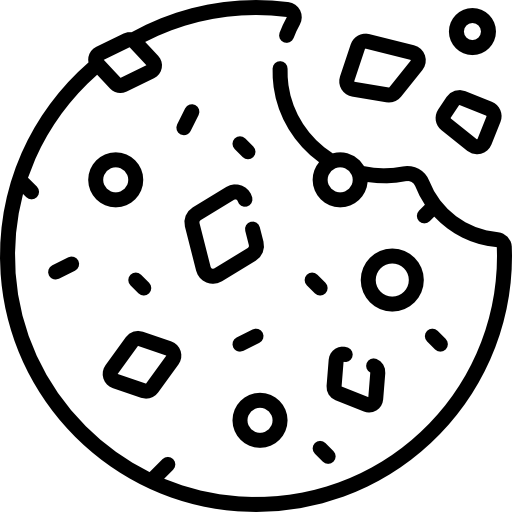