“For the Muse Drone’s Tour, TAIT created the 163’ long stage that runs the length of the arena. That stage includes a round 38’ diameter center. Production Designer Oli Metcalfe says, “It’s basically a 32’ revolving stage in the center of the room that has an access tunnel throughout the center. There is no drum riser; the drum riser is on the deck, but there is a recessed musician pit in the middle of the stage where the synth player stands.”

The stage revolve has multiple speeds. Metcalfe reveals, “The revolve is mainly used as a slow revolve– one revolution in five minutes. But there’s a couple of songs [“Revolt” and “Supermassive Black Hole”] where it moves at a faster pace, and really looks like a propeller turning when you look down at it from the upper seats.” 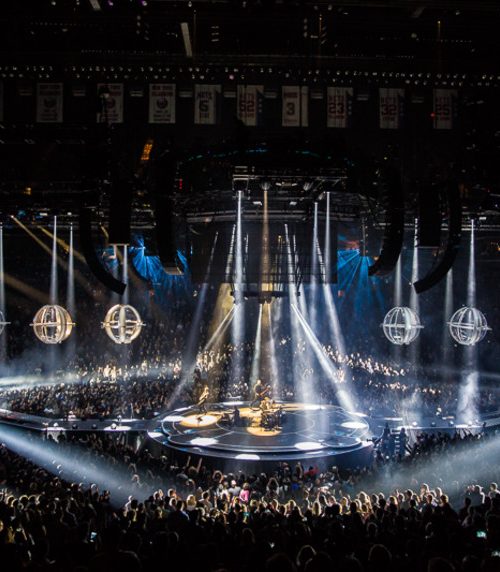 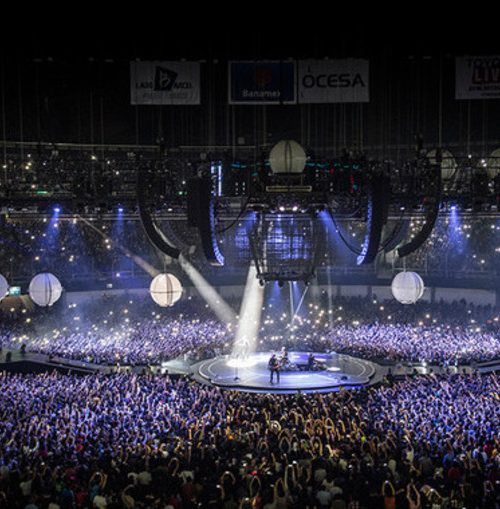 There are two runways that lead to two B stages. Hales adds, “These runways provide access to the 8’ tall B-stages, an entrance via the TAIT Self Climbing Performer lifts, and the dressing rooms and work space for various backline technicians. The TAIT self-climber was designed to be self-compacting, allowing for more space to be used under the stage when it retracts, and yet, fully function as a lift. The power transmission unit is built into the lifting platform itself which creates the low profile under the stage.” By Lighting and Sound America.