The funk-jam band, Phish, well-known for allowing fans to escape reality at their shows with eclectic music, epic lighting rigs, surprise gags and immersive audience interaction, has sailed off into 2018 with their annual four night New Year’s Eve Run at Madison Square Garden in New York City. This year, Phish’s NYE surprise gag not only incorporated the band on stage but also the entire audience.

Hours before their 17th show at MSG this year, NYE ticket holders received an email from the band inviting them to ring in the New Year on an epic voyage to Soul Planet. 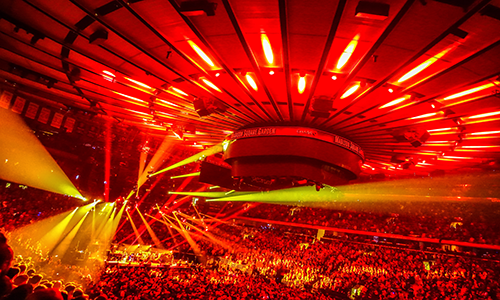 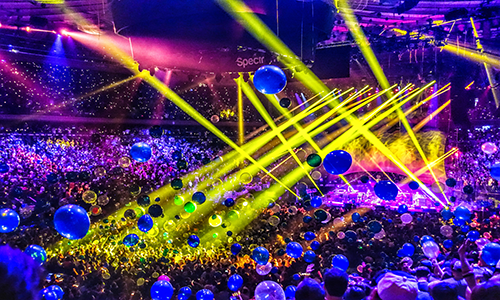 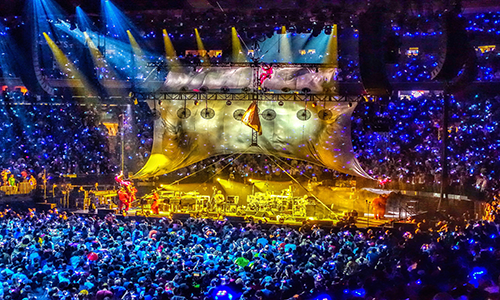 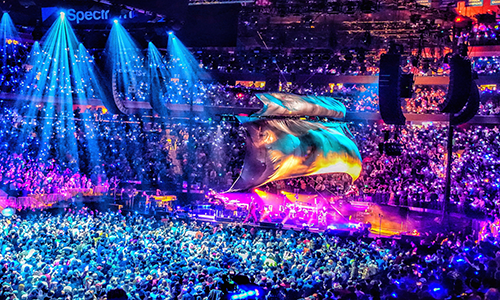 On the heels of two high-energy sets, Phish transformed their stage into a replica of their latest studio album, Big Boat, and outfitted audience members with cosmic wristbands that lit up the entire arena into what looked like a sea full of fans. To bring the private ship design to life, TAIT manufactured a truss structure which was hidden from the public eye in between the lighting rig components above stage. The truss structure consisted of three trusses of various sizes which formed the shape of a ship spar. Additionally, the truss structure was fitted with a 3D designed projection screen sail, 9 fans and various lights. With a large amount of tech focused on Kuroda’s lighting rig, the design concepts of the pirate ship surprise gag honed in on an old-school rigging technique which required a crew of riggers from TAIT to participate in the show by manually deploying the projection screen sail from the truss structure and operating the pirate ship as it rotated 360 degrees above the band. 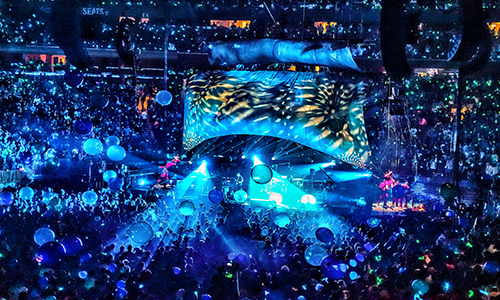 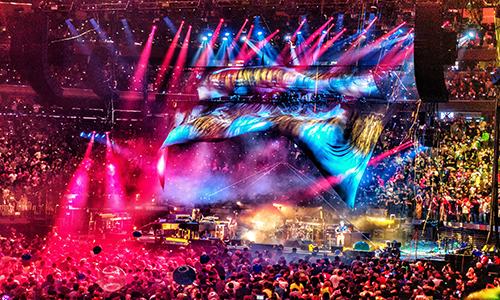 Needless to say, Phish’s voyage to Soul Planet was a subliminal and an extraordinary way to sail into 2018. 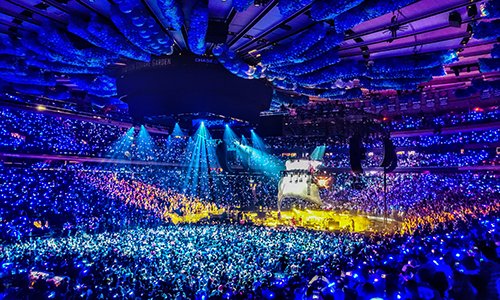 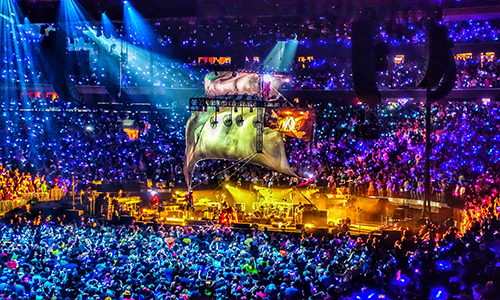