Back by popular demand, American Idol alum, Adam Lambert, joins Queen for a high-energy, theatrical tour showcasing the band’s classic hits and flamboyant performances. The tour kicks off in North America, extends to Europe and the U.K. and concludes early 2018 in Australia.

Coinciding with the bands 40th anniversary of their sixth record, News of the World, the set, built by TAIT, is an elaborate production designed to highlight Queen’s set list and it’s unique yet comparable take on the Queen of past.

As extolled by numerous press outlets, Queen dazzles on stage with the perfect balance of glitz, glam and glitter bolstered by a custom-built, red sequenced set and a guitar shaped stage; an ode to Queens iconic guitarist, Brian May. The main stage is 72 feet wide and is the body of the guitar. From the main stage, extends a 66-foot runway, which mimics the neck of the guitar, and leads to the b-stage which is shaped like the head of the guitar. The b-stage is fitted with a prop lift and used during the song “Bicycle Race” where Lambert festively and excitedly rides his bike to the beat of the song. To showcase the many other theatrical moments of the show, TAIT furnished the main stage with two scissor lifts and an additional prop lift used to raise a robot head during the song “Killer Queen.” 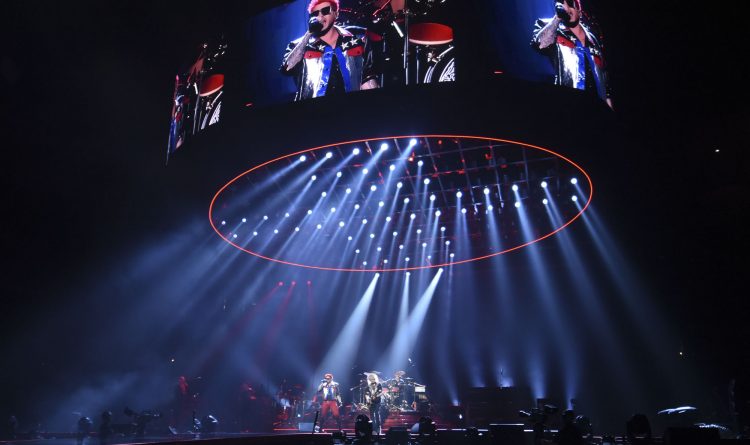 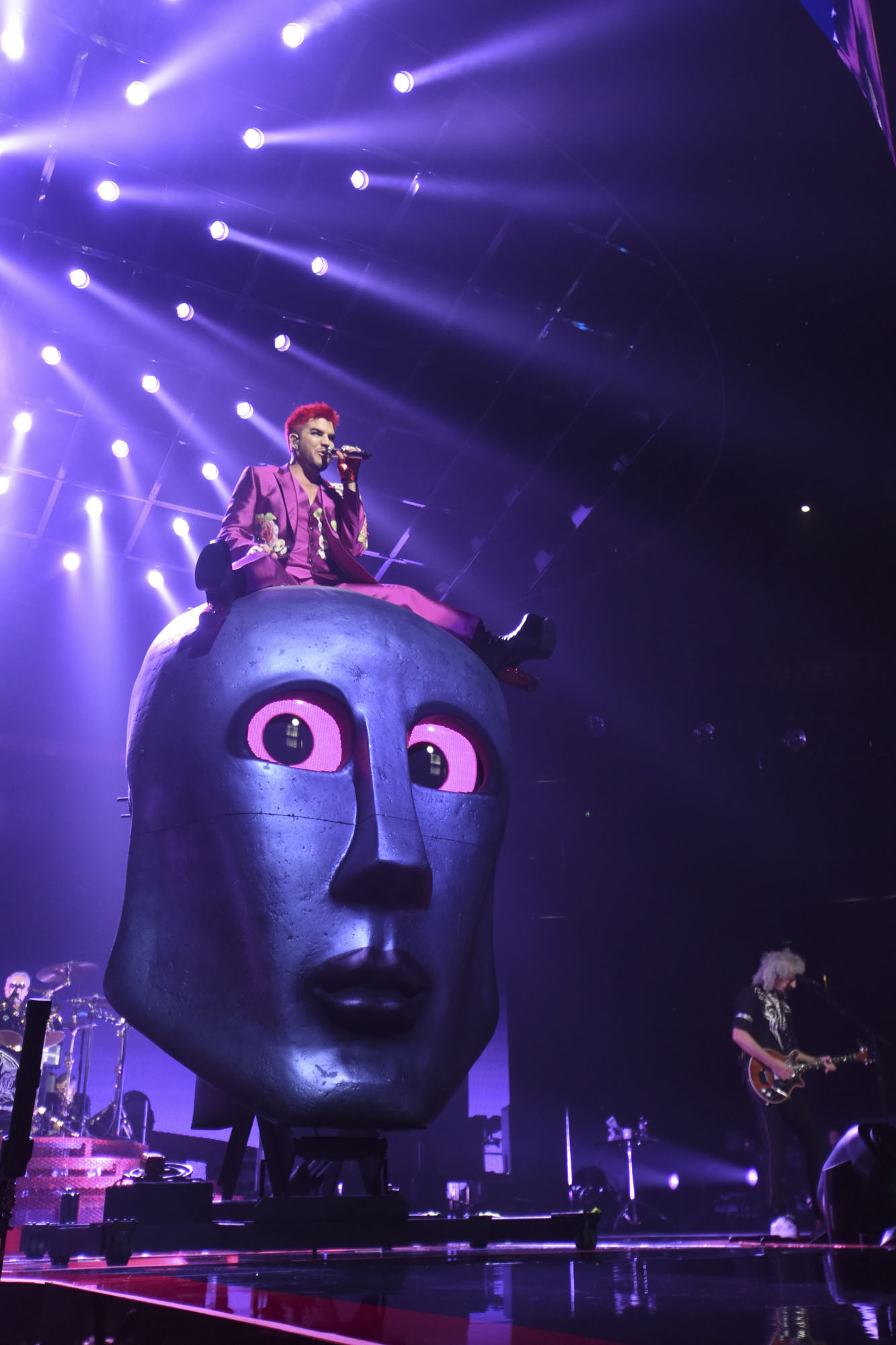 The entire set is dynamic including the fascia above the stage. TAIT fabricated an electric, halo lighting grid which features 92 rotating lights suspended by a total of 23 TAIT Nav Hoists. The extravagant halo grid moves aerodynamically creating multiple looks throughout the show. The Nav Hoists also house the upstage and downstage video screens, as well as an ascending kinetic mirror sphere. A great example of these moving elements occurs at the opening number when the band is revealed to the audience. The show begins with both video screens at their lowest position displaying a 3D projection of a giant robot. Then, with the same 3D projection, the robot appears to lift the downstage video screen high above to reveal the band as they rock out to their first song of the evening.

All automated rigging and staging elements rely on TAIT Navigator, an automation software platform. Additionally, TAIT Navigator communicates the location of the video screens to the video servers for projection mapping purposes. 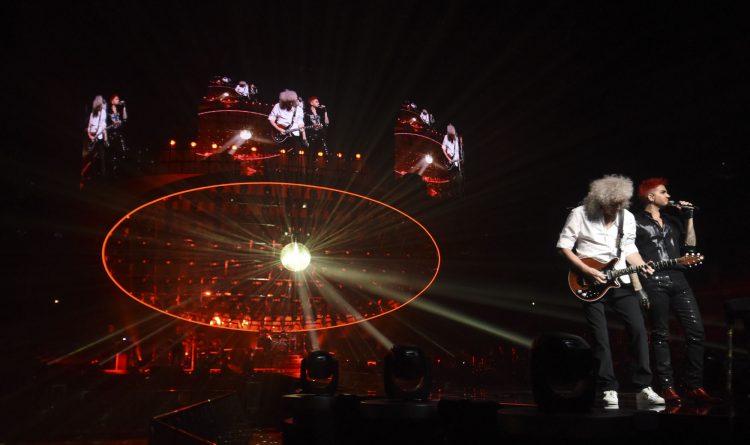 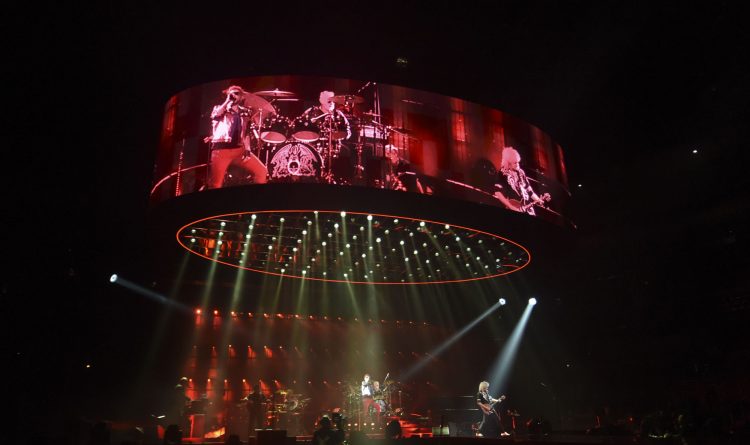