A key component of the 70th Annual Primetime Emmys telecast production was a curved video wall made up of 14 vertical panels that rotate on demand via TAIT Navigator. TAIT engineered custom rotators and hanging brackets allowing the panels be placed within one inch of each other to form a curved projection surface. 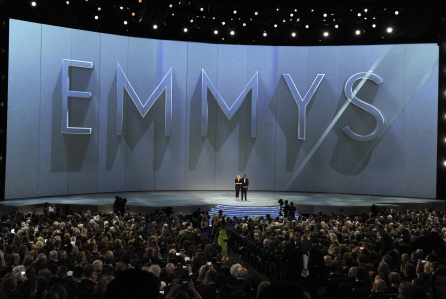 During the 70th Primetime Emmys, the panels made sleek transitions such as swipes and ripples left/right or open/close. To achieve a seamless transition while
moving from a static position to a kinetic position, TAIT Navigator cued the panels to move independently or as a group forming the projection surface. The panels went from flat surface to 90-degree angles in 7 seconds. 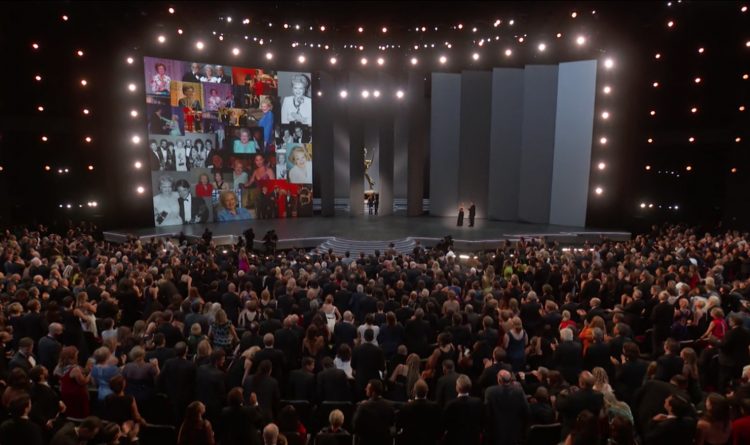 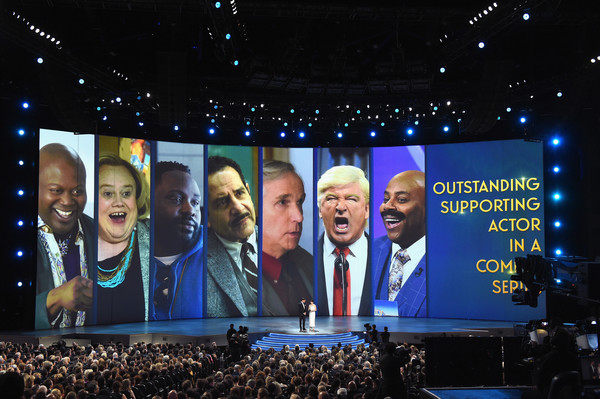 “It’s worth noting that part of the ‘magic’ here is that TAIT Navigator was giving real-time positioning and feedback data directly to the content providers and projection teams. In this they had the ability to shade the projectors per panel, every time they moved.” – Ben Gasper, Project Manager at TAIT. 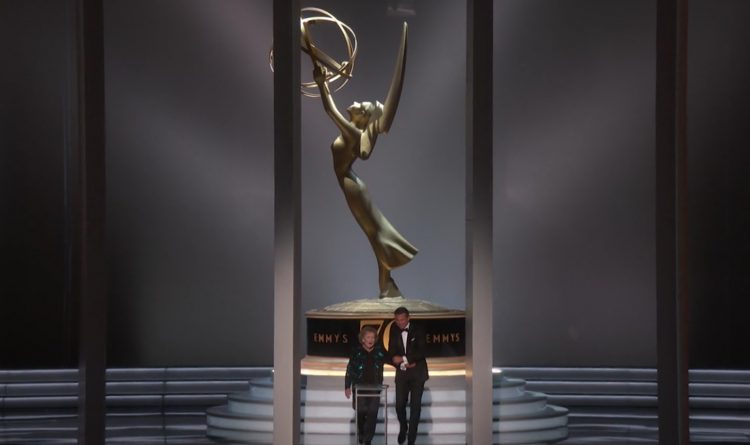 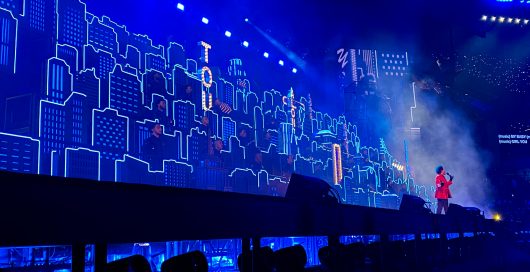 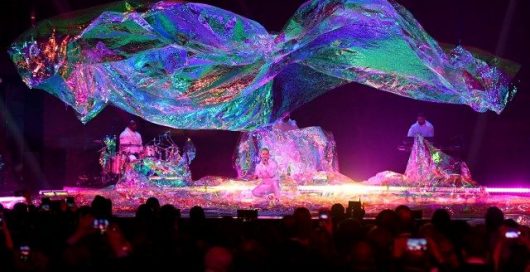