Once again, Phish and TAIT reunite for another NYE spectacular.

On the last four days of 2016, Phish launched their New Year’s Run at Madison Square Garden in Manhattan, New York. A half hour before the New Year, the jam band began their final set with a musical production revealing this year’s surprise gag which combined the massive, LED video screens from their Summer Tour with floating kinetic LED umbrellas that moved above the stage and were accompanied by professional dancers who joined the band on stage and performed to a choreographed routine. 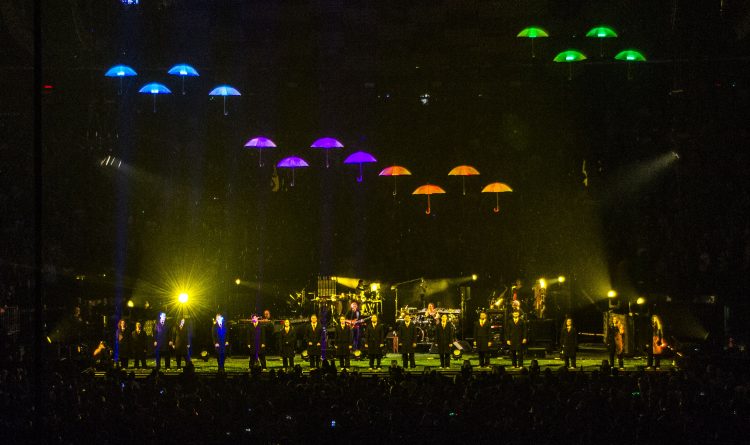 Additionally, TAIT built the massive LED video screen, which was originally introduced to fans during Phish’s 2016 Summer Tour. Hanging 22 ft. above stage, the LED video screen was built to appear as one large video panel in the first set (5.6 ft. tall by 51.2 ft. wide) , and then, for the second set, the video screen separates into several smaller screens. The LED video screen displayed colorful, splash art via projection. 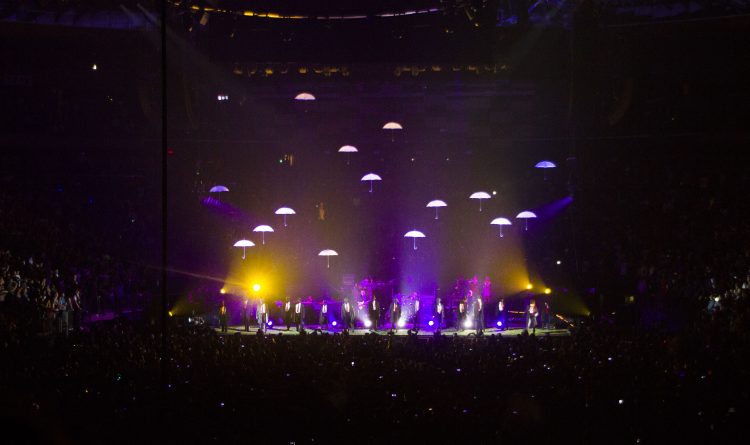 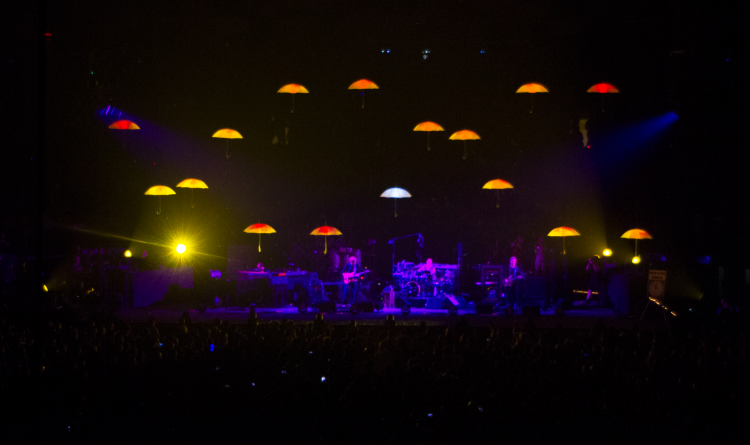 The entire show, including the LED video screen and kinetic LED umbrellas, was operated on TAIT Navigator, a software automation platform.